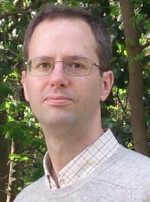 Short Bio:
Federico Simmross-Wattenberg received the B.S. and M.S. degrees in computer science in 1999 and 2001, respectively, and the Ph.D. degree in 2009, all at the University of Valladolid. He is currently a lecturer of Telematics Engineering at the University of Valladolid. In 2001, he joined the Laboratory of Image Processing (LPI) as a researcher, where he has since contributed with several journal and conference papers and research projects. He has also worked for several years as a network administrator and as a referee of scientific journals. His current research interest is in parallel GPU computing for MRI reconstruction.